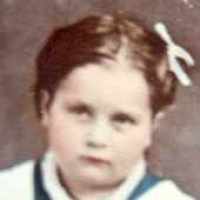 The Life of Alice Baines

Put your face in a costume from Alice Baines's homelands.

On Aug 1, 1876, The United States Congress passed an act making the Territory of Colorado the 38th state.
1890 · The Sherman Antitrust Act

1 Probably a variant spelling of French Fanger .2 It could alternatively be an altered form of English Fanshaw, which Reaney believes to be a habitational name from Fanshaw Gate, near Holmesfield, Derbyshire. However, the earliest records of the place name, le Faunchalle-gate ( 1456 , 1472 , etc.), indicate that the place takes its name from the Faunchall or Fanshaw family and not the other way about. Further, the early form of the surname suggests a French origin.