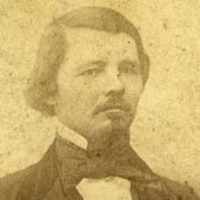 The Life of Remer Young

Put your face in a costume from Remer Young's homelands.

Being a second spiritual and religious awakening, like the First Great Awakening, many Churches began to spring up from other denominations. Many people began to rapidly join the Baptist and Methodist congregations. Many converts to these religions believed that the Awakening was the precursor of a new millennial age.
1832 · Worcester v. Georgia

In 1830, U.S. President Andrew Jackson signed the Indian Removal Act which required all Native Americans to relocate to areas west of the Mississippi River. That same year, Governor Gilmer of Georgia signed an act which claimed for Georgia all Cherokee territories within the boundaries of Georgia. The Cherokees protested the act and the case made its way to the U.S. Supreme Court. The case, Worcester v. Georgia, ruled in 1832 that the United States, not Georgia, had rights over the Cherokee territories and Georgia laws regarding the Cherokee Nation were voided. President Jackson didn’t enforce the ruling and the Cherokees did not cede their land and Georgia held a land lottery anyway for white settlers.
1861

1 English: topographic name for someone who lived in a lane, Middle English, Old English lane, originally a narrow way between fences or hedges, later used to denote any narrow pathway, including one between houses in a town.2 Irish: reduced Anglicized form of Gaelic Ó Laighin ‘descendant of Laighean’, a byname meaning ‘spear’, or ‘javelin’.3 Irish: reduced Anglicized form of Gaelic Ó Luain ‘descendant of Luan’, a byname meaning ‘warrior’.