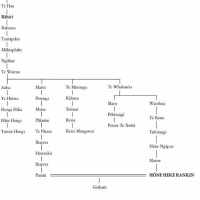 The Life of Hone

Put your face in a costume from Hone's homelands.

The Maori sign the Treaty of Waitangi giving control to the British in exchange for protection and guaranteed Maori possession of their lands.
1840

There are no historical documents attached to Hone.