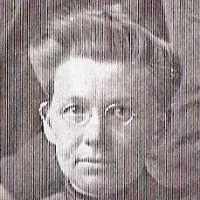 The Life of Carrie

Scottish: of uncertain origin; possibly a Norman habitational name from an unidentified place in Normandy or England.