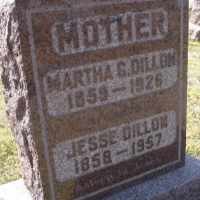 The Life of Jesse Meredith

Put your face in a costume from Jesse Meredith's homelands.

1 English and French: from the Germanic personal name Dillo (of uncertain origin, perhaps a byname from the root dīl ‘destroy’), introduced to Britain from France by the Normans.2 English: habitational name from Dilwyn near Hereford, recorded in 1138 as Dilun, probably from Old English dīglum, dative plural of dīgle ‘recess’, ‘retreat’, i.e. ‘at the shady or secret places’.3 Irish (of Norman origin): altered form of de Leon ( see Lyon ).