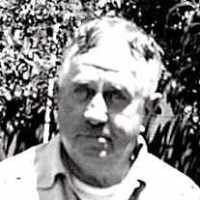 The Life of Maurice Edward

Put your face in a costume from Maurice Edward's homelands.

Established in 1887 by the Archdiocese of San Francisco which operates three cemeteries. The 1919 Spanish Influenza Epidemic filled several sections of Holy Cross. Approximately 40,000 of the completely removed San Francisco’s Calvary Cemetery remains were moved here over a span of many years. There is an estimated 40,000. Most all of the burial locations at Holy Cross are computerized at this time.
1902 · So Much Farm Land