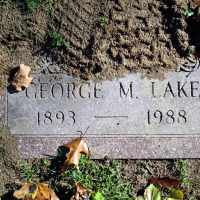 The Life of George Marion

Put your face in a costume from George Marion's homelands.

The Loop was born in political scandal that combined the three elevated railways around Chicago and combined them into one. The scandal was to raise the fares for commuters so state legislators could receive more money while in office.
1918 · Attempting to Stop the War

1 English (chiefly West Country): topographic name for someone who lived by a stream, Old English lacu, or a habitational name from a place named with this word, for example in Wiltshire and Devon. Modern English lake (Middle English lake) is only distantly related, if at all; it comes via Old French from Latin lacus. This meaning, which ousted the native sense, came too late to be found as a place name element, but may lie behind some examples of the surname.2 Part translation of French Beaulac .