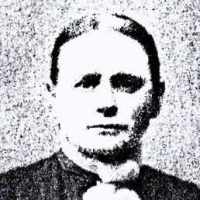 The Life of Susannah H.

Put your face in a costume from Susannah H.'s homelands.

1 English: from a pet form of Coll 1.2 Respelling of French Collet , cognate with 1.

Susannah H. Collett was born on November 1, 1809, in Tennessee to Abraham Collett and Nancy Ellis. She was the 3rd child out of 7 in her family. In about 1818, after her mother had given birth to 5 c …