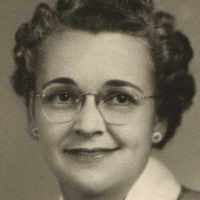 The Life Summary of Marjorie Ardene

Put your face in a costume from Marjorie Ardene's homelands.

English: habitational name from Shackleford in Godalming or Shackleford in Woking (both Surrey). The placename may derive from Old English sceacol ‘shackle’ or an element related to dialect shackle ‘loose’ (derived from sceacan ‘to shake’) + ford ‘ford’. This surname is now rare in Britain.