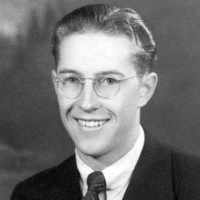 The Life of Cyril George

Put your face in a costume from Cyril George's homelands.

Cyril attended school in Heman, Parker, St. Anthony and graduated from Sugar-Salem High School. He was called on an L.D.S. Church mission to the Western States in January, 1938, but was released that …