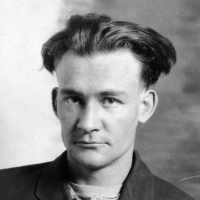 The Life of Wallace Andrew

Put your face in a costume from Wallace Andrew's homelands.

English, German, Danish, and Swedish: nickname for someone of an icy and unbending disposition or who had white hair or a white beard, from Old English, Old High German, Old Norse frost ‘frost’, or in the case of the Swedish name from a byname with the same meaning.