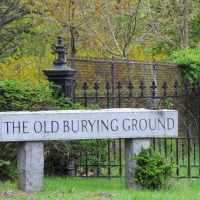 When Ann Phelps was born on 22 May 1753, in Windsor, Hartford, Connecticut Colony, British Colonial America, her father, Caleb Phelps, was 45 and her mother, Mary Lothrop, was 36. She married Dr. Amos Granger on 14 September 1775, in Windsor, Hartford, Connecticut, United States. They were the parents of at least 3 sons and 1 daughter. She died on 22 September 1806, in Westfield, Hampden, Massachusetts, United States, at the age of 53.