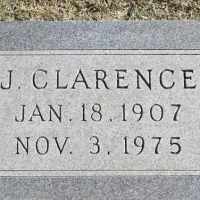 The Life Summary of J. Clarence

Put your face in a costume from J. Clarence's homelands.

Probably an Americanized spelling of German Bauersack, a derisive nickname for a peasant.