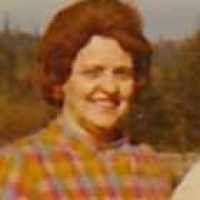 The Life of Minnie Mary

Put your face in a costume from Minnie Mary's homelands.

1 Scottish and English: topographic name for someone who lived by an enclosure, Middle English hay(e), heye (Old English (ge)hæg, which after the Norman Conquest became confused with the related Old French term haye ‘hedge’, of Germanic origin). Alternatively, it may be a habitational name from any of various places named with this word, including Les Hays and La Haye in Normandy. The Old French and Middle English word was used in particular to denote an enclosed forest. Compare Haywood . This name was taken to Ireland (County Wexford) by the Normans.2 Scottish and English: nickname for a tall man, from Middle English hay, hey ‘tall’, ‘high’ (Old English hēah).3 Scottish and English: from the medieval personal name Hay, which represented in part the Old English byname Hēah ‘tall’, in part a short form of the various compound names with the first element hēah ‘high’.

My great-grandmother was a little spit-fire!!! When my mother knew her, she was 4'11" tall and wore size 3 shoes. She had to buy shoes in the children's section. She was the head of the family! Sh …