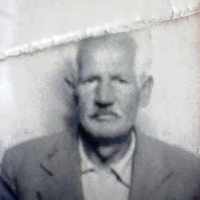 When Merenciano Affonso Dos Santos was born on 17 November 1909, in Brazil, his father, Julian José Affonso, was 32 and his mother, Dorotea Dos Santos, was 28. He married Filomena Santa Techera Aguilar on 2 July 1931, in Rivera, Uruguay. They were the parents of at least 1 son. He died on 7 December 1961, at the age of 52.

Put your face in a costume from Merenciano's homelands.