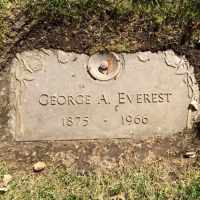 The Life of George Austin

Put your face in a costume from George Austin's homelands.

The town of Nicodemus was founded by African-American migrants from Kansas in 1877.
1899 · Mount Rainier National Park is Established

English (of Norman origin): habitational name from Evreux in Eure, France, probably named from its association with the Eburovices, a Gaulish tribe.

Birth of Hiram Augustus Everest, remembered by his sister Ruth

In 1914 George and Ethel Everest were living at the One Mile Farm near Grangeville, Idaho. Aunt Vinnie Bourland. who was a trained nurse, and Grandmother Ruth Elizabeth Bourland, were there. In the mi …