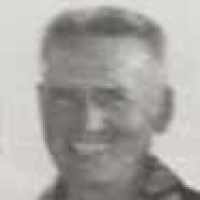 The Life of Frank Allan

Put your face in a costume from Frank Allan's homelands.

The met in the Salvation Army Doug Berry’s memory