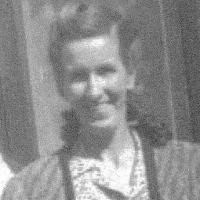 The Life of Gwida Gerene

Put your face in a costume from Gwida Gerene's homelands.

Satilla was the first Deepwater Steamship to arrive at the port of Houston. This accomplishment successfully established a steamboat service between Houston and New York City.
1927

German: from Middle High German pfost ‘stake’, ‘post’, hence a metonymic occupational name for a maker of stakes or posts or a topographic name for someone living near a prominent stake.