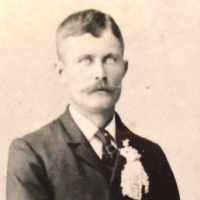 The Life of August Frederich

Put your face in a costume from August Frederich's homelands.

A patent was filed on October 11, 1867, on a new direct action typewriter. The patent was filed by Christopher Latham Sholes, Carlos Glidden, and Samuel Soule who had invented the prototype in Milwaukee.
1889 · Washington Becomes a State

German and Jewish (Ashkenazic): habitational name from Meissen in Germany, earlier ( 968 ad ) recorded as Misna, Misina, named for the small river Misna (today Meisabach), whose name is very ancient, probably pre-Slavic. The place was famous in the Middle Ages for the fine linen cloth produced there, and the German surname may also be an occupational name for a manufacturer or seller of such wares.