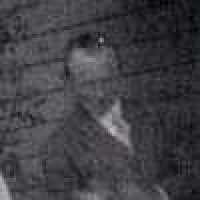 The Life of Robert Michael

When Robert Michael Gander was born on 2 February 1878, in Ontario, Canada, his father, Thomas Gander, was 41 and his mother, Jemima Jane Henly Harmer, was 32. He married Alice Jane Elizabeth Curran on 30 June 1909, in Toronto, York, Ontario, Canada. They were the parents of at least 1 son and 2 daughters. He lived in York, Ontario, Canada in 1901 and Tacoma Election Precinct, Pierce, Washington, United States in 1940. He died on 13 April 1953, in Tacoma, Pierce, Washington, United States, at the age of 75.

Put your face in a costume from Robert Michael's homelands.

On November 11, 1889, Washington Territory became Washington State the 42nd state to enter the Union. The state was named in honor of George Washington.
1898 · War with the Spanish

1 English: from Middle English gander, Old English gand(r)a ‘gander’, ‘male goose’, hence a metonymic occupational name for a keeper of geese, or a nickname for someone supposedly resembling a gander in some way.2 English: variant of Ganter .3 North German: perhaps a habitational name from Gandern in Brandenburg.