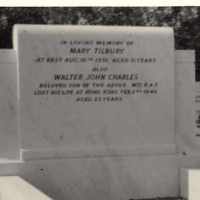 The Entente Cordiale was signed between Britain and France on April 8, 1904, to reconcile imperial interests and pave the way for future diplomatic cooperation. This ended hundreds of years of conflict between the two states.
English: occupational name for a merchant or trader, Middle English chapman, Old English cēapmann, a compound of cēap ‘barter’, ‘bargain’, ‘price’, ‘property’ + mann ‘man’.