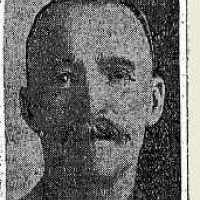 Put your face in a costume from James Parker's homelands.

In the Mid 1870s, The United States sought out the Kingdom of Hawaii to make a free trade agreement. The Treaty gave the Hawaiians access to the United States agricultural markets and it gave the United States a part of land which later became Pearl Harbor.
Scottish, English, German, Dutch; also found in many other cultures: from the personal name Alexander, classical Greek Alexandros, which probably originally meant ‘repulser of men (i.e. of the enemy)’, from alexein ‘to repel’ + andros, genitive of anēr ‘man’. Its popularity in the Middle Ages was due mainly to the Macedonian conqueror, Alexander the Great ( 356–323 bc )—or rather to the hero of the mythical versions of his exploits that gained currency in the so-called Alexander Romances. The name was also borne by various early Christian saints, including a patriarch of Alexandria ( ad c.250–326 ), whose main achievement was condemning the Arian heresy. The Gaelic form of the personal name is Alasdair, which has given rise to a number of Scottish and Irish patronymic surnames, for example Mc Allister . Alexander is a common forename in Scotland, often representing an Anglicized form of the Gaelic name. In North America the form Alexander has absorbed many cases of cognate names from other languages, for example Spanish Alejandro , Italian Alessandro , Greek Alexandropoulos, Russian Aleksandr, etc. (For forms, see Hanks and Hodges 1988 .) It has also been adopted as a Jewish name.