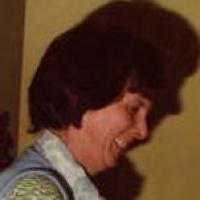 The Life of Ruth Ann

Put your face in a costume from Ruth Ann's homelands.

Also known as the World's Fair of 1936, the Great Lakes Exposition was held along the shore of Lake Erie. It commemorated the centennial of Cleveland's incorporation as a city. It was designed after the Chicago World's Fair and exposed visitors to the cultures of other countries, celebrated industry, and promoted local businesses. Overall, the Fair drew in 11 million visitors during its two season run.
1937 · The Neutrality Act

The Neutrality Acts were passed in response to the growing conflicts in Europe and Asia during the time leading up to World War II. The primary purpose was so the US wouldn't engage in any more foreign conflicts. Most of the Acts were repealed in 1941 when the Japanese attacked Pearl Harbor.
1949

The UK becomes a member of NATO.

Italian:1. nickname from zecca ‘tick’ (the blood-sucking insect). 2. from zecca ‘mint’, probably a metonymic occupational name for someone who minted coins.