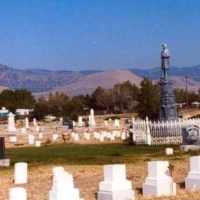 Put your face in a costume from Marietta Hunzeford's homelands.

The Relief Society of the Church of Jesus Christ of Latter-day Saints was organized on March 17, 1842. Emma Smith was the first Relief Society president. It was established as a way to help strengthen and serve other women.
1 Origin unidentified. There has been much speculation about the origins of this famous American family name. The most plausible theory is that it is a Huguenot name, a variant of D’Aunay, from any of several places in France called Aunay. However, the name acquired an Irish flavor, being associated, probably erroneously, with a Gaelic forename likewise spelled Dana.2 Hungarian: from a pet form of the personal name Dániel ( see Daniel ).3 Czech and Slovak (Daňa); also Polish: from the personal name Daniel , or perhaps from a short form of any of the various Old Slavic compound personal names formed with -dan, for example Bogdan.