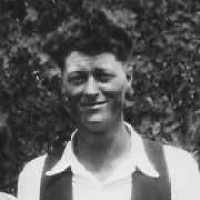 The Life of David Fred

Put your face in a costume from David Fred's homelands.

English: habitational name from any of various places so called, for example in Lancashire (near Blackpool) and in North Yorkshire. The former was named in Old English as ‘settlement by the watercourse’, from Old English lād ‘watercourse’ + tūn ‘enclosure’, ‘settlement’; the latter as ‘leek enclosure’ or ‘herb garden’, from lēac ‘leek’ + tūn. Compare Leighton .