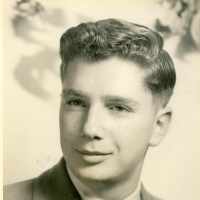 The Life of Herbert Maxwell

Put your face in a costume from Herbert Maxwell's homelands.

The Star-Spangled Banner is adopted as the national anthem.
1933

New Jersey was severely impacted by the Great Depression. In response to the economic woes of the country, President Franklin D Roosevelt issued a series of programs and regulations referred to as the "New Deal". One-tenth of the New Jersey population was already using New Deal programs by 1933.
1953 · Grizzly Bear Becomes State Animal