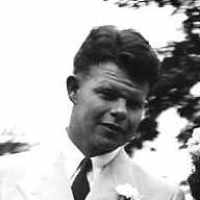 The Life of John Alexander

The Sixteenth Amendment allows Congress to collect an income tax without dividing it among the states based on population.
1933 · The Browns Valley Man

Just like the Minnesota Woman, The Browns Valley Man are deemed the oldest human remains found in Minnesota. They were found by W. H. Jenson, while he was laying gravel for his driveway, in the Traverse gap in western Minnesota. The remains are believed to be around 9,000 years old.