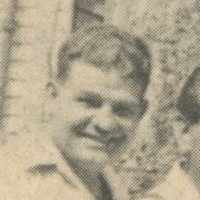 The Life of Joseph Napoléon

Put your face in a costume from Joseph Napoléon's homelands.

Being modeled after the Boy Scout Association in England, The Boy Scouts of America is a program for young teens to learn traits, life and social skills, and many other things to remind the public about the general act of service and kindness to others.
1917 · World War I Contributions

The legislature of Maine dedicated approximately $1 million towards World War I at the time that US involvement began. By the time armistice would be declared in 1918, Maine contributed roughly 35,000 men and $116 million.
1931

French: topographic name for someone who lived on a riverbank, from a derivative of rive ‘(river) bank’.

Joseph Napoleon Rivard was known to me as Paul Rivard and I called him Pepere which is the French Canadian version of Grandpa.