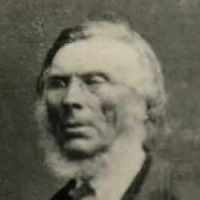 When Jens Mickelsen was born on 15 April 1808, in Strandby, Mariager Klosters, Denmark, his father, Mikkel Sørensen, was 43 and his mother, Anne Nielsdatter, was 37. He married Ane Kathrine Hansdatter on 14 October 1837, in Strandby, Strandby, Mariager Klosters, Denmark. They were the parents of at least 1 son and 3 daughters. He lived in Strandby, Gislum, Ålborg, Denmark for about 6 years and Skibsted, Hellum, Ålborg, Denmark in 1840. He died on 10 October 1884, in Spanish Fork, Utah, Utah, United States, at the age of 76, and was buried in Spanish Fork City Cemetery, Spanish Fork, Utah, Utah, United States.

Some characteristic forenames: Scandinavian Erik, Einer, Ludvig.Danish and Norwegian: patronymic from the personal name Mickel (see Michael ). In North America, this surname is also an altered form of the much more common variant Mikkelsen .

THE HISTORY OF CHRISTIAN NIELSEN AND KAREN SOPHIA ERICKSEN

This history is brief as not much is known of our grandparents, It has been written for our families in memory of the many good examples they have left us to follow and pattern our lives after. …