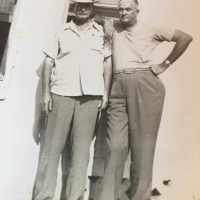 The Life of Allan Thomas

Put your face in a costume from Allan Thomas's homelands.

1 Scottish and northern Irish: habitational name from any of several places called Lundie, for example one near Doune in Perthshire.2 Irish: according to MacLysaght, from Norman de la Lounde, a name recorded in medieval documents in counties Tipperary and Kilkenny.