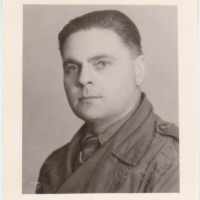 The Life of Mathias

When Mathias Kleiner was born on 20 March 1908, in Német-Palánka, Bács-Bodrog, Hungary, his father, Nikolaus Kleiner, was 31 and his mother, Katharina Vajandt, was 30. He married Theresia Suhanyi on 17 January 1932, in Banatska Palanka, Bela Crkva, South Banat, Serbia, Yugoslavia. They were the parents of at least 2 sons and 1 daughter. He died on 1 November 1969, in Chicago, Putnam, Illinois, United States, at the age of 61, and was buried in Niles, Cook, Illinois, United States.

Put your face in a costume from Mathias's homelands.