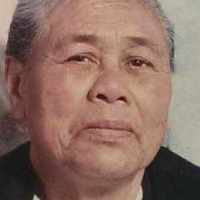 When Tauariki Maiti (nee Ngau) was born on 14 June 1921, in Cook Islands, her father, Ngaumetua Vaevaeongo, was 25 and her mother, Rima Ria Ngau, was 22. She married Maana Maiti about 1941, in Cook Islands. They were the parents of at least 1 son and 1 daughter. She died on 4 November 1996, in Auckland, North Island, New Zealand, at the age of 75, and was buried in Auckland, North Island, New Zealand.

Put your face in a costume from Tauariki's homelands.