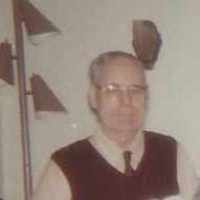 The Life of Rupert J

When Rupert J Petersen was born on 11 October 1901, in Dane, Wisconsin, United States, his father, Edwin J Peterson, was 27 and his mother, Mrs. Annie Peterson, was 8. He married Mabel Josephine Wick in 1928. They were the parents of at least 1 daughter. He lived in Stoughton, Dane, Wisconsin, United States in 1920 and Naperville, DuPage, Illinois, United States for about 10 years. He died on 21 February 1996, in New Hamburg, Waterloo, Ontario, Canada, at the age of 94, and was buried in New Hamburg, Waterloo, Ontario, Canada.

Put your face in a costume from Rupert J's homelands.

A law that funded many irrigation and agricultural projects in the western states.
1907 · Law Passed for Child Employment