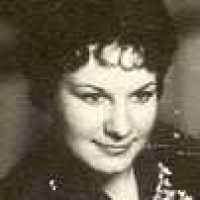 The Life of Loretta Gail

Put your face in a costume from Loretta Gail's homelands.

Caused by the tensions between the United States and the Empire of Japan, the internment of Japanese Americans caused many to be forced out of their homes and forcibly relocated into concentration camps in the western states. More than 110,000 Japanese Americans were forced into these camps in fear that some of them were spies for Japan.
1942 · Help with the War efforts

During World War II there were many farmers that were called to serve the country on both fronts. Because of this, many women and children had to step in to help with harvesting and maintaining the production of goods. In 1944 Mexican nationals became involved in this effort. Later, that same year, German prisoners of war were shipped to Ogden to help with the farms as well. The prisoners continued to work until after the war ended.
1956 · The Federal Aid Highway Act