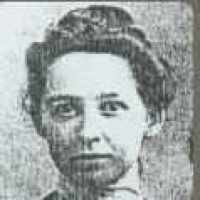 The Life of Lizzie Mae

Put your face in a costume from Lizzie Mae's homelands.

The First official World's Fair, was held to celebrate the 100th anniversary of the signing of the Declaration of Independence in Philadelphia. 37 Countries provided venues for all to see.
1889 · Washington Becomes a State

On November 11, 1889, Washington Territory became Washington State the 42nd state to enter the Union. The state was named in honor of George Washington.
1896 · Plessy vs. Ferguson

Variant spelling of English Alb(e)y, a habitational name from Alby in Norfolk or Ailby in Lincolnshire, both named with the Old Norse personal name Áli + Old Norse býr ‘farmstead’.