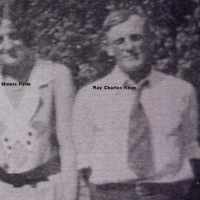 The Life of Ray Charles

Put your face in a costume from Ray Charles's homelands.

When W. D. Boyce was visiting London, he encountered a boy that helped him find his destination. The boy refused the tip that Boyce offered to him and told him that he was just doing his daily good turn. Being inspired, Boyce incorporated the Boy Scouts of America to help teach young men how to have an attitude of service always. Since its foundation, The Boy Scouts of America has become one of the largest Scouting organizations in the United States. Around 110 million people have been participants at some time in their life. The BSA was established to help young people make better choices in life and showing selflessness by serving the community.
1917

1 Jewish (Ashkenazic): from the Yiddish personal name kayem. This is an apotropaic name, given to a sickly child, based on the Hebrew adjective qayom ‘tough’, ‘enduring’.2 German (Bavaria, Baden-Württemberg): from Middle High German kīme ‘sprout’, ‘shoot’, ‘offspring’, sometimes used as a personal name, or from a pet form of Joachim .