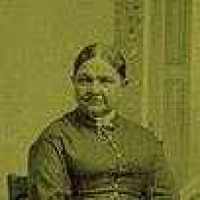 The Life of Delila

Put your face in a costume from Delila's homelands.

Many people started their 2,170-mile West trek to settle the land found by Louis and Clark. They used large-wheeled wagons to pack most of their belongings and were guided by trails that were made by the previous trappers and traders who walked the area. Over time the trail needed annual improvements to make the trip faster and safer. Most of Interstate 80 and 84 cover most of the ground that was the original trail.
1861

German: status name for a free man, as opposed to a bondsman or serf, in the feudal system, from Middle High German vrī ‘free’, ‘independent’.