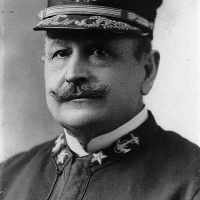 The Life of John Woodward Jack

Put your face in a costume from John Woodward Jack's homelands.

"""A fire in September of 1848 caused an estimated $1.5 million in damages to the city of Brooklyn. The fire consumed """"three churches, the post office, two newspaper offices, and other property."""""""
1861 · The 14th Brooklyn is Known as The Red Legged Devils

Scottish, Dutch, English, South Indian, etc.: from the Greek name Philippos (from philein ‘to love’ + hippos ‘horse’). In the New Testament this name is borne by one of the apostles; it was also borne by various other early Christian saints. It owes part of its popularity to the medieval romances about Alexander the Great , whose father was Philip of Macedon. As a Highland Scottish surname, it represents an Anglicized form of Gaelic Mac Fhilib ‘son of Philip’. In North America, this surname has absorbed some cases of cognate names in other languages (e.g. French Philippe, Greek Philippos, Italian Filippi, Spanish Felipe, Catalan Felip, and their derivatives). As a Jewish name, it represents a borrowing of the personal name from Christians. It is found as a personal name among Christians in India, and in the U.S. is used as a family name among families from southern India.