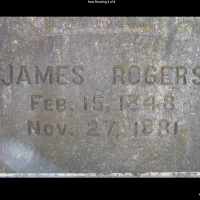 The Life of James Knox Polk

Put your face in a costume from James Knox Polk's homelands.

The Oregon Constitutional Convention consisted of 60 delegates who met in Salem in 1857 to change Oregon from a territory to a state.
1859 · Oregon Becomes a State