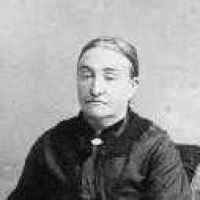 The Life of Percy Elvira

Put your face in a costume from Percy Elvira's homelands.

This cake basket originally belonged to one of our grandmothers, Percy E. Martin Wood and was given to her daughter, Emma Wood Lovett as a wedding gift. This was passed on to Emma's daughter, Maude L …