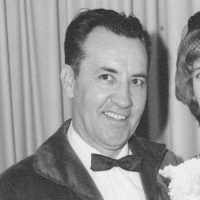 The Life of Carl Loren

Put your face in a costume from Carl Loren's homelands.

To end World War I, President Wilson created a list of principles to be used as negotiations for peace among the nations. Known as The Fourteen Points, the principles were outlined in a speech on war aimed toward the idea of peace but most of the Allied forces were skeptical of this Wilsonian idealism.
1918 · The Broadmoor Resort Opens

On June 29 1918, the much anticipated Broadmoor Resort opens. It is the handy work of entrepreneur Spencer Penrose.
1934 · Alcatraz Island Becomes Federal Penitentiary

1 Scottish and English: from Middle English swan ‘swan’, hence a nickname for a person noted for purity or excellence (which were taken to be attributes of the swan), or resembling a swan in some other way. This was also an Old Norse and Old English personal name, from which the surname may be derived. In some cases it may be a habitational name for someone who lived at a house with the sign of a swan.2 variant of English Swain .3 Americanized form of German Schwan .