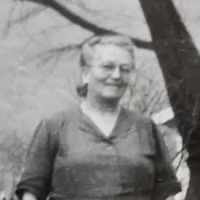 The Life of Minnie Louisa

Put your face in a costume from Minnie Louisa's homelands.

A federal law prohibiting all immigration of Chinese laborers. The Act was the first law to prevent all members of a national group from immigrating to the United States.
1889 · Washington Becomes a State

On November 11, 1889, Washington Territory became Washington State the 42nd state to enter the Union. The state was named in honor of George Washington.
1901 · Assassination of Mckinley