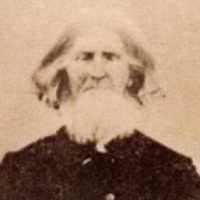 The Life of Paul

When Paul Dale was born in 1814, in Ohio, United States, his father, Paul Powell Dale, was 42 and his mother, Mary Diehl, was 36. He married Anna Heckman on 22 March 1835, in Miami, Miami-Dade, Florida, United States. They were the parents of at least 7 sons and 4 daughters. He lived in Union Township, Delaware, Indiana, United States in 1860. He died on 1 October 1894, in Cornell, Livingston, Illinois, United States, at the age of 80.

1 English: from Middle English dale ‘dale’, ‘valley’ (Old English dæl, reinforced in northern England by the cognate Old Norse dalr), a topographic name for someone who lived in a valley, or a habitational name from any of the numerous minor places named with this word, such as Dale in Cumbria and Yorkshire.2 Irish: possibly in some cases of English origin, but otherwise an Anglicized form of Gaelic Dall, a byname meaning ‘blind’.3 Norwegian: habitational name from a farm named from Old Norse dali, the dative case of dalr ‘valley’. It is a common name in Norway, especially western Norway, and is also found in Sweden.