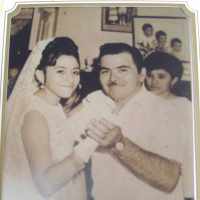 The Life of Alberto

Put your face in a costume from Alberto's homelands.

Mexico's 100 years of independence celebrated. Seventh reelection of Díaz. Madero's Plan of San Luis Potosí. Rebellion breaks out in north and in Puebla.
1911

Spanish and Asturian-Leonese: possibly a variant of Cansino, a habitational name from a place named Cansinos in Asturies, or from Los Cansinos in Córdoba province.