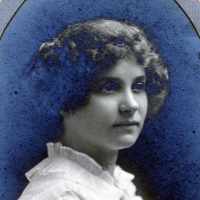 The Life of Frieda Lydia Mollie

When Frieda Lydia Mollie Greese was born on 4 November 1895, in Bloomington, McLean, Illinois, United States, her father, Friedrich Wilhelm Herman Greese, was 40 and her mother, Juliane Louise Sophie Elisa Brockmoller, was 41. She married Edward Friedrich Murray on 29 August 1914. They were the parents of at least 1 son and 3 daughters. She lived in Bloomington Precinct, McLean, Illinois, United States in 1920. She died on 11 August 1954, at the age of 58.

Put your face in a costume from Frieda Lydia Mollie's homelands.

When W. D. Boyce was visiting London, he encountered a boy that helped him find his destination. The boy refused the tip that Boyce offered to him and told him that he was just doing his daily good turn. Being inspired, Boyce incorporated the Boy Scouts of America to help teach young men how to have an attitude of service always. Since its foundation, The Boy Scouts of America has become one of the largest Scouting organizations in the United States. Around 110 million people have been participants at some time in their life. The BSA was established to help young people make better choices in life and showing selflessness by serving the community.
1912 · The Girl Scouts

1 English: nickname for an irritating person, from Middle English breeze ‘gadfly’ (Old English brēosa).2 Americanized spelling of the Welsh patronymic ap Rhys ‘son of Rhys’ ( see Reese ).3 German: habitational name from any of numerous places called Breese or Breesen, in Mecklenburg, Wendland (near Hannover), Brandenburg, and Pomerania. In some cases the place name is derived from West Slavic brjaza ‘birch’.