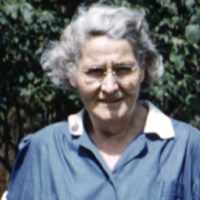 When Jeanette McMillan was born on 17 November 1894, in Ridge, Morgan, West Virginia, United States, her father, Thomas Elbert McMillan, was 22 and her mother, Mary Elizabeth May Scott, was 16. She married Chalmers Westphal May on 25 December 1910. They were the parents of at least 3 sons and 2 daughters. She lived in Richland Magisterial District, Ohio, West Virginia, United States in 1920 and Pease Township, Belmont, Ohio, United States in 1940. She died on 29 October 1987, in Bridgeport, Pease Township, Belmont, Ohio, United States, at the age of 92.

After the explosion of the USS Maine in the Havana Harbor in Cuba, the United States engaged the Spanish in war. The war was fought on two fronts, one in Cuba, which helped gain their independence, and in the Philippines, which helped the US gain another territory for a time.
1919 · The Eighteenth Amendment

Scottish: Anglicized form of Gaelic Mac Maoláin, a patronymic from the byname Maolán, a diminutive of maol ‘bald’, ‘tonsured’. In Scotland the usual spelling is Macmillan . Compare Mullen .