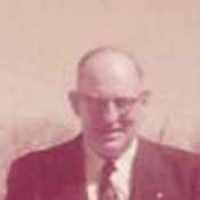 The Life Summary of Journey Dwaine

Put your face in a costume from Journey Dwaine's homelands.

The Upper Twin Falls Bridge which connected Breitung Township, Michigan, to Florence County, Wisconsin. The through-truss bridge spanned the Menominee River and was completed in 1910. The bridge was closed to through traffic in 1971 and was listed on the National Register of Historic Places.

Some characteristic forenames: French Aime, Aristide, Marcel, Normand, Ovila, Yvan.French, Walloon, Flemish, and German: habitational name from Brabant, a province in the Low Countries.English: cognate of 1 above, from Old French Brabant, Middle English Braban, Brabayn, used to denote both the region and an inhabitant of it. See also the synonymous Brabazon . In medieval England, Brabans were typically linen weavers and cloth merchants. The final syllable of Braban, when weakly stressed, was often altered to -ben, -bin, or -bon, and also to -bam. The additional -t or -d in post-medieval Brabant, Braband , etc. is probably excrescent, rather than a relic of the Old French form.