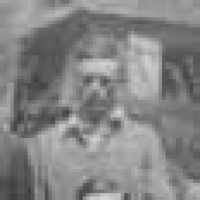 The Life of Sidney

Put your face in a costume from Sidney's homelands.

In 1897, Senator J.L. Hyatt introduced the woman suffrage bill in North Carolina. The bill did not make it past the committee.
1905 · The Movie Theater

The world’s first movie theater was located in Pittsburgh. It was referred to as a nickelodeon as at the time it only cost 5 cents to get in.
1907 · Not for profit elections