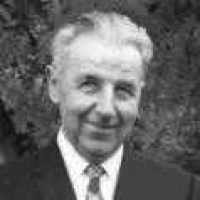 The Life of Henry George

When Henry George Aiken was born on 22 May 1899, in Waverley, Wellington, New Zealand, his father, George Charles Aiken, was 36 and his mother, Hannah Louisa Spicer, was 36. He married Muriel Christine Pussell on 20 April 1926, in Kimbolton, Wellington, New Zealand. They were the parents of at least 1 son and 1 daughter. He died on 5 July 1976, at the age of 77, and was buried in Ashhurst, Palmerston North, Manawatu-Wanganui, New Zealand.

The country becomes a dominion, or self-governing community, within the British empire.
1907 · Dominion of New Zealand