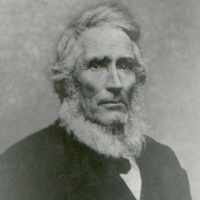 The Life of Isaac Nelson

Put your face in a costume from Isaac Nelson's homelands.

With the Aftermath of the Napoleonic Wars the global market for trade was down. During this time, America had its first financial crisis and it lasted for only two years.
1833 · First Public Library Founded in Petersborough

In 1833, the oldest tax-supported public library in the world was established by Reverend Abiel Abbot.
1846